This spotlight is a little different than some of the others, due to the fact that Bob's Collectables has some history in our town and in our personal lives. Bill Jr. recalls being dropped off on a Saturday to spend hours there, while Bill Sr. and Rita ran the shop a few doors down. We're eager to share with you, and quite possibly introduce you to this gem in our neighborhood, and we'd love to share with you how it all began.  The way that Linda and Bob Adams started out, and how Jon Reynolds operates it today.

Bob Adams was the owner and founder of Bob’s Collectibles originally located on Route 23 in Hamburg, before moving to Route 94 in Hamburg in 20??.  After 37 years Bob had his eyes on retiring.

Bob’s was a community of like souls, interested in comic books and collectable cards. It was a nightly ritual amongst the regulars to sit and compare, brag, and even compete with each other. There wasn’t an announcement of a find he had just received. He would make a few calls and if someone just happened to wander in the shop that particular day, they could score and score big!

Bob’s was a staple in the youth of Jon Reynolds, 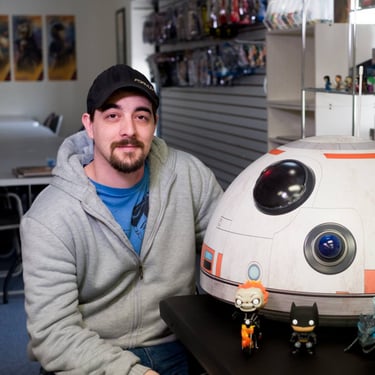 now the owner of Bob’s Collectibles since 2017. His first experience was as a 5-year-old boy, he and his dad went into the store, he was wide-eyed and curious about it all. He went home that day with his very first X-Men comic book. From there he was hooked. His parents were encouraged and excited at the reading and math skills he learned as he played “magic the gathering” and into his teenage years he enjoyed Dungeons and Dragons. It was intellectual and interesting and evoked a depth of planning and strategy that was something that was and still is somewhat addicting to Jon.

When asked what is his current favorite, he replied X-Men, it was pretty cool that when he picked up reading again he found he enjoyed it as much, if not more than when he was a boy.

Jon loves the connection between his customers that range from as young as 4 or 5 to well into 60 years old. Although, since the pandemic, the business has changed a bit, with fewer tournaments, fewer walk-ins, they’ve limited their stock to mostly trading cards and comics.

He’s recently taken the opportunity to give the shop a little sprucing up and kept mind of social distancing, here's a photo of before, check out his video below to see the transformation. 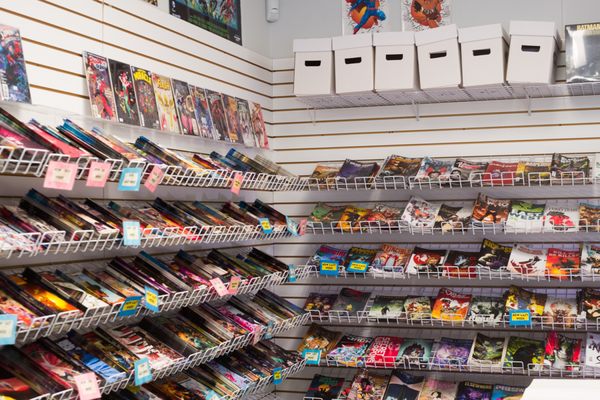 Jon makes sure that his customers and collectors are informed when he buys collections. Throughout the pandemic, he's been staying in contact with them and keeping them up to date through social media. His inventory is stocked up because he does his research for specific items online, gets insights by keeping a presence in his community. When someone mentions that they happen to know about an estate sale that includes a collection that he might be interested in he's always ready to explore that opportunity.

BOB'S COLLECTABLES HOW IT ALL BEGAN

Back in 1980, Bob and I were coming back from Pennsylvania on a Sunday Afternoon. Well, there were signs saying INDOOR FLEA MARKET in the Chrysler Plymouth building in Sussex on Route 23. Well, we HAD to stop. There were about 3 tables in the whole place and Bob pleaded with me to let him try flea marketing the next weekend.
There we were that first weekend with our one binder of baseball cards, one binder of assorted coins, a coke box of old comics that we had put in kitchen plastic bags and taped closed, and a lot of ambition.
We made fifty dollars that weekend and Bob pleaded again so let's do it again! So that is how it all started. We went from there to the back of a furniture store in the old Whitehead Carpet Building and then to 99 Rt 23 and finally to our location on Rt. 94.
We found that people needed to be educated on the values of what they had. We had workshops on grading coins and Bob worked tirelessly to educate people on what to look for. I did presentations for the boy scouts and girl scouts on collecting.
The importance of making sure people did not get ripped off was of utmost importance to Bob and Linda Adams. Many times people would come in to our store and say I have been saving these bicentennial quarters from the Franklin Mint.. Yikes don't buy that junk! But they are 24 karat gold Plated.. Yikes no no no.. That dirty old silver quarter from 1964 is worth more. They would bring up baseball cards of Willie Mays that had been used to turn their bicycle into a motorcycle. Do you know how many creases that card had? They would bring us comics with the covers torn off. Now, who wants to buy that one? Back in the day, we hurt a lot of feelings by people thinking they owned gold mines but instead they just had bought pretty coins in elaborate cases.
I heard stories about Bob, as a young boy, would go with his parents to Frankie's Market around Paterson. This is where he started collecting comics and collectables. He would throw temper tantrums until his parents reached into their pockets. His Grandmother worked in Kresgies in Wilkes Barre and spoiled him with a toy on a card from the store every time he visited with his mom. One time, before we were married, I can remember Bob buying a quarter for twenty-five dollars! I thought this man has to be nuts! Then as our life progressed together I knew he was nuts.

He collected everything because this was his hobby and he loved every minute of research, collecting, and communicating. He would spend hours researching items and he knew every little detail about the collections from how many berries and leaves on the arch of the back of a civil war token to when was the first appearance of Wonder Woman in a comic book.
I always told him he was like a bartender listening to stories while most men were gathered around the counter. Instead of drinks, they bought packs of cards. They would hang out for hours opening packs and talking about sports. Wives would call up and say please send husband home. Dinner is getting cold. I always said I could think of worse places for husbands to hang out.
When Bob's and my health began to deteriorate, we knew we could not keep up the pace of the business much longer. Now, who would qualify to take over our legacy that we had built up over almost 40 years together? This business was our baby, our passion, our life. Who could possibly continue the dreams that we held so deeply in our hearts? Then I met Jon Reynolds and Liz.

Jon was honest and truthful. He was tech-savvy and ambitious. Liz stood right next to Jon and loved gaming, sports, cards and helping the love of her life achieve his goals. Wow, they reminded us of times past and our desires and passions. They had to be the ones to modernize our legacy and make it continue to serve residents of Sussex County. We are honored to turn our business over to wonderful, caring individuals. We hope that the mom and pop stores survive the COVID virus and devastation taking place in the world today. I know Bob is resting in peace knowing the business is in good hands with Jon and Liz. 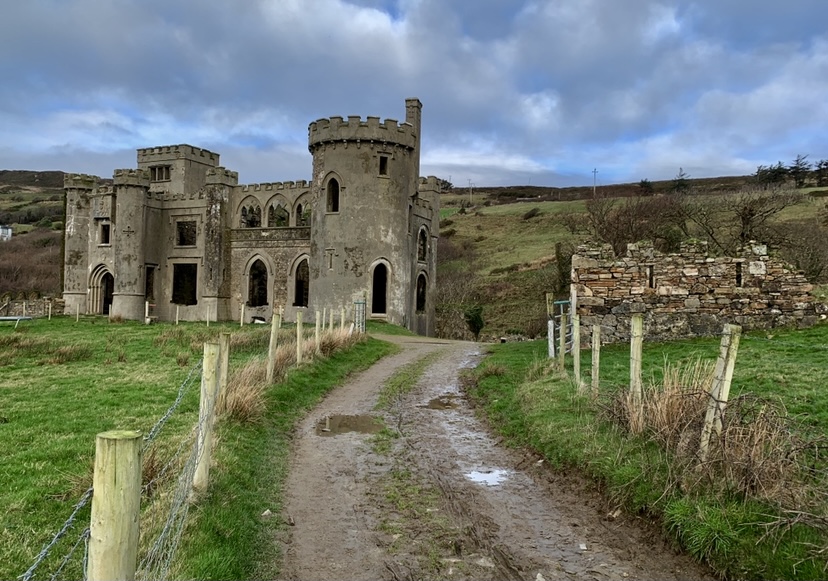 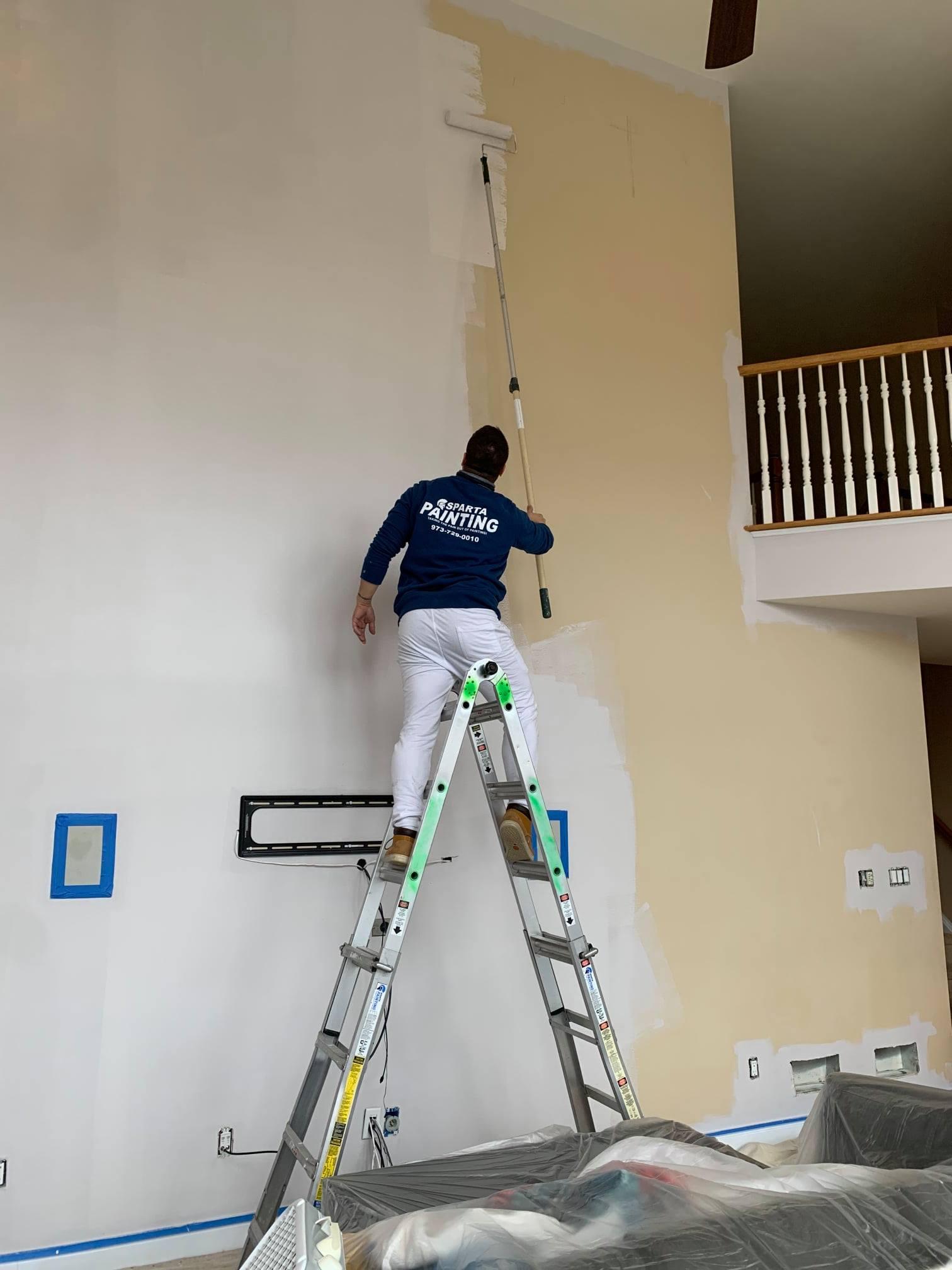