Any other details or context?

Colleen LePera is no stranger to the automotive world. In fact, she was a car lover long before her 9+ years here. Colleen’s been attracted to the auto industry for as long as she can remember. When she was four years old, her grandmother blew a tire on their old Volkswagen Golf, and Colleen just had to know how to change it, so her dad gave in. He not only showed her how to change the tire, but let her put the lug nuts on!

After that, she was hooked. Instead of sitting still during church services, little Colleen would lay under her chair and pretend she was working on a car.

When her high school years arrived, Colleen wanted to learn more about cars, but she also enjoyed playing soccer. Choosing to split her two favorite interests between schools, she attended the Sussex County vo-tech high school for auto shop class, then traveled to her regular high school to hit the soccer field.

Part of the auto shop program at her high school called for her to work half a day in a related industry as part of their Cooperative Industrial Education program (CIE). However, being female put her at a distinct disadvantage. Her first placement was at a diesel shop where she had to lift enormous tires for 18 wheelers. Since the shop didn’t have a tire machine she was required to pry them manually onto the rims. When she realized she didn’t have enough weight to use for leverage, she requested another placement. The program coordinator’s list of shops included Bill’s shop and a call was made to DeBoer’s Auto.

When she received a call from Bill DeBoer, he offered her a job. The opening was for answering phones and greeting customers, and Bill thought she’d work well with the customers. Colleen jumped at the chance. Although her love of cars was not diminished, she was happy to step out of her hands-on role and into the front office. She’s never looked back. Colleen will always be grateful to Bill DeBoer for taking a chance on that high school girl who loved cars.

As a teen in technical high school, Colleen really enjoyed her auto shop program. Unexpectedly, she got a little more out of the program than she bargained for because that is where she met her husband, who went on to become a mechanic.

They now have a son together. When asked if she and her hubby are instilling the love of cars in their son, she replied, “Oh yes. He has a whole bunch of clothes with cars on them, and his toy box is filled to the brim with toy cars and race tracks. His room is decorated in little cars, and he has a few motorized ride on cars and motorcycles!”

Does she drive a car purchased from DeBoer’s? You bet! Colleen drives a 2013 Chrysler Town & Country when she has her baby on board, and a 1994 Mazda 626 otherwise, and loves them both. Initially, Colleen's husband took her to a big dealership, but they soon found out the experience was a hassle. When they visited DeBoer's, her husband was persuaded to buy at an independent shop. Now, her family only buys from DeBoer’s.

Since Colleen was hired to answer phones in 2009, her role has expanded significantly. As Manager, her day includes handling the paperwork, processing incoming cars, working up pricing for service and contacting the customer with estimates, and can even sell a car in a pinch. But her favorite part of the job is working with the customers. She loves her job and wouldn’t want to switch with anyone. One aspect she especially likes is the relationships they build with their customers and the conversation and stories they share. DeBoer’s loyal customers come back again and again.

Although Colleen received her degree in Social Work, she continues to work at DeBoer’s because she enjoys everything about it, from assisting customers to working with the great staff. Colleen feels honesty, pleasantness and a high regard for each other are what makes DeBoer’s stand out from other auto shops. It also doesn’t hurt that they have top of the line technology to diagnose cars, and a mechanic that, according to Colleen, "has been here forever and is a genius at his work. 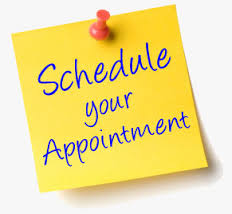 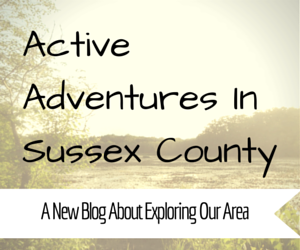