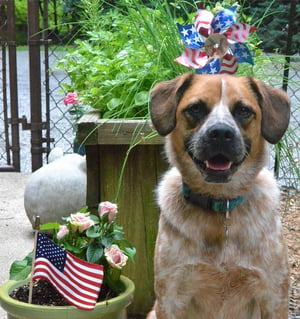 Hi Everyone and Happy 4th of July!!!!  I hope you all have been enjoying happy celebrations with your family and friends!!!!  It's strange to have the holiday land right in the middle of the week this year but we've been enjoying it nonetheless.  Summer is just flying by with so many fun times!  One of my very favorite things we've done so far this year is a big trip to Folly Beach in South Carolina (very near to Charleston).  The beaches there are so very awesome and dog friendly.  I was only banned from the beach from 10:00 AM through to 6:00 PM every day, which worked out perfectly because even though it was only the first week of June when we were there, it was hot enough that my parents had to keep me tucked in the shade during the midday heat.  I really just had the best time ever running on the beaches there and my enthusiasm earned me quite a few admiring comments from passersby.  Some people asked how long I could keep running up and down the beach to catch my ball; my Mom and Dad were quick to let them know that I could quite possibly keep going forever if I was allowed.  :) 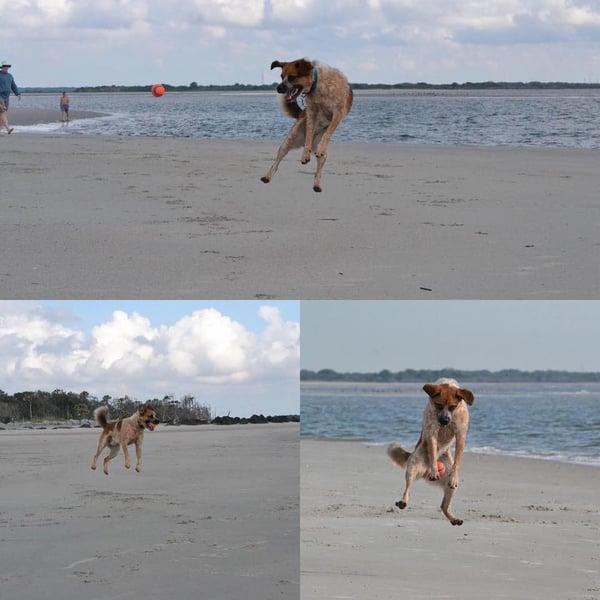 The other super exciting thing we've been doing on a weekly basis is stopping by our favorite farm, Windy Brow Farms, for their homemade ice cream.  This is something we do at all times of the year but there are some new flavors now that that the summer season is in full swing. I very much enjoy the strawberry flavor that is currently on the menu.  My Mom and Dad are also so super excited about the produce we've started to get from the farm.  They've been picking up lettuce, tomatoes, cucumbers, squash, onions and blueberries (one of Mom's very favorite favorites).  The local farms is one of the biggest, best reason why life in Sussex County, NJ is especially sweet for us. 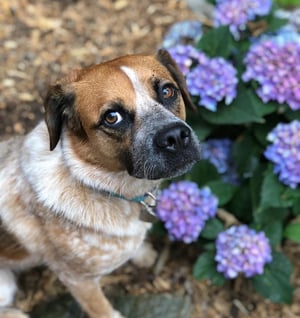 Have you ever wondered if the Sussex County farms (and farms in other counties) are the reason why New Jersey is called the Garden State?  I was curious so I asked my Mom to look it up.  Apparently Abraham Browning of Camden (the Attorney General of New Jersey from 1845 to 1850) dubbed New Jersey the Garden State while speaking at the Philadelphia Centennial exhibition on New Jersey Day (1876) when he said that New Jersey is an immense barrel, filled with good things to eat and open at both ends, with Pennsylvanians grabbing from one end and New Yorkers from the other.  However, some have discredited Browning with naming the Garden State because Benjamin Franklin is credited with a similar comparison of New Jersey when he referred to the state as a barrel tapped at both ends.  Regardless of where the name came from, New Jersey is well deserving of the moniker.  Per the NJ Department of Agriculture, food and agriculture are New Jersey's third largest industry, behind pharmaceuticals and tourism, bringing in billions of dollars in revenue to the state. Productive farmland covers nearly 720,000 acres in the state which allows New Jersey to be one of the top 10 producers of blueberries, cranberries, peaches, tomatoes, bell peppers, eggplant, cucumbers, apples, spinach, squash, and asparagus.  My Mom and Dad certainly make sure to take advantage of all of these locally grown treats!!! 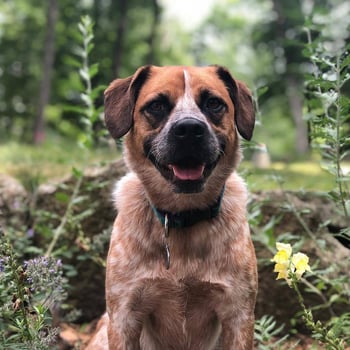 Well that's all I have to report for my summer so far!  I hope you all are enjoying a summertime season that's full of special moments with family and friends!!!  Until I report back again with you all, stay safe and have lots of fun!!!!  Happy Independence Day again to you all as well!!!!  Please take a moment to remember and appreciate the sacrifices made by our troops and veterans for the sake of freedom in the United States of America!!!! 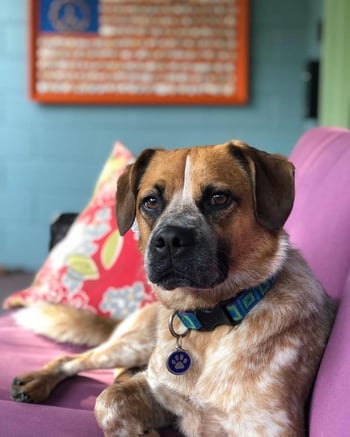 With lots of love and puppy kisses,

P.S.  Don't forget that you can keep up with my antics in between reports on Facebook and Instagram!!!! 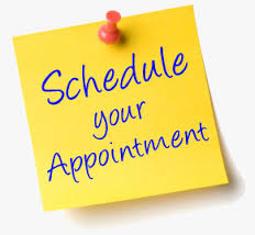